My friend Ron Keezer passed away a couple of weeks ago in Eau Claire, his longtime home.

Ron’s great contribution to the jazz scene is Wisconsin is chronicled in a variety of places around the Internet, with many tributes appearing since his death.  While I knew Ron for many years, I did not see him often.  For years where I usually saw him was at meetings of the Wisconsin state chapter of the National Association of Jazz Educators (later renamed International Association for Jazz Education).  I don’t know how many years Ron was an officer for NAJE-WI, but it was a lot.  This was largely thankless service, but Ron’s steady presence was vital to the ascendancy of the Wisconsin chapter to one of the leading groups in the nation.

Others can speak to Ron’s huge presence at UW-Eau Claire.  Let it just be said that the nationally recognized program at UW-EC was not just the guiding spirits of Dominic Spera or Hank Mautner or Bob Baca.  Ron was there for all three of those influential leaders — and the EC students.  When I was doing interviews for my book Wisconsin Riffs Ron told me a great deal about the history of that storied program over the years.  I regret that most of that did not end up in the book.  He also contributed mightily not only to the profile I did of him in the book, but those of Dominic Spera, Bob Baca and Geoffrey Keezer.

Needless to say, world-famous jazz pianist Geoffrey Keezer did not spring from nowhere.  The importance of Ron and Mary, and the climate they created for Geoffrey growing up, is obviously beyond measuring.

I have a couple of favorite anecdotes about Ron.  One year long ago, sometime in the 1980s, I was an adjudicator at the UW-Eau Claire Jazz Festival.  I was in the “combo room” (which was actually a cavernous space in a non-performance area) with Ron and the wonderful jazz pianist-singer-songwriter David Frishberg.  I don’t believe that Frishberg had ever before adjudicated at a festival featuring somewhat unskilled high school musicians.  And at that time, a number of these school combos were performing the one- and two-chord sorts of compositions that Miles Davis was featuring at the time with his electric band.  Frishberg was mystified by what he was hearing, and I thought he was going to bolt from the whole festival.  Ron managed to calm him down and keep him at least marginally engaged for the whole day.  After the fact, the situation was pretty comical.

The last time I saw Ron was in the summer of 2018.  I had a book event for Wisconsin Riffs at the Local Store in Eau Claire.  Ron came over to the store well before the event was to begin.  He bought a copy of the book and had me sign it.  We visited for a while, but then he had to leave before the talk, as Mary was not well.  He did not need to support the enterprise in this way, but it was the kind of generous thing he did.

Below is what appeared in Ron’s profile in Wisconsin Riffs.  It may seem rather short and incomplete, but again, that partly has to do with the fact that he contributed elsewhere in the book.  At the end is the photo that appeared with Ron’s profile; I have also pasted in the photo that appeared in the section of the book about Dominic Spera.  Note the very young Geoffrey Keezer in the first photo, and the very young Lyle Mays in the second.

Ron Keezer was born in Eau Claire in 1940 and grew up in nearby Chippewa Falls. In his youth, he was immediately drawn to drums from hearing concerts and parades in Eau Claire. When he was very young, he remembers,

My mother thought I was going to be the next Fred Astaire, so she turned me into a dancer. . . . [She] would send me around the neighborhood during World War II. . . . I had a little navy outfit and a little army outfit, and she taught me how to sing “Praise the Lord and Pass the Ammunition” and a couple of other songs. . . . I’d get money for that, and I [would say], “Whoa, a penny!”

Keezer joined school band in fifth grade, on drums. About three years later, with several schoolmates, he formed a polka band called Wiggy’s Wizards. After the band learned a few swing charts, Keezer says, “We played dances at the local Knights of Columbus hall, or wherever they’d hire us, ten cents a person or something. But we did it because we loved it, and we just went crazy.”

When he was a teenager, his interest in jazz was piqued when he was in the hospital with pneumonia. In the bed next to him was Dennis Oliver, who would later become a prominent bassist in Madison. Oliver had a recording of Louis Armstrong singing “Now You Has Jazz” with Bing Crosby that struck Keezer as “pretty neat.” Shortly thereafter, Keezer went to music camp in Madison, where he played big jazz band charts.

A friend convinced him to attend Winona State College (now University) in Minnesota, which Keezer did for two years. The jazzers at Winona recorded and made regular trips to the Prom Ballroom in St. Paul to hear bands like Stan Kenton’s.

After a couple years at Winona, Keezer decided to attend the Berklee School of Music in Boston, one of the few schools then teaching jazz. After working for a year to save up money, Keezer went east in 1961. Musically, his experience at Berklee was overwhelming. At one point, Keezer’s lessons with drummer Alan Dawson were preceded by Dawson’s lessons with Gary Burton and followed by lessons with Tony Williams (then a high school student), two future greats.

Money was tight, and Keezer recalls, “I’d play gigs in strip clubs, and whatever I could, and half the money would go to school, and half to try to live on.” Unfortunately, after two years, the money ran out, and Keezer came back to Wisconsin State University–Eau Claire. Many of his Berklee courses would not transfer, but his training there facilitated Keezer’s accelerated path to a music education degree from Eau Claire in 1965.

After his graduation, Keezer and his new wife, Mary (a pianist and horn player), moved to Monroe, Wisconsin, where Mary taught school and Keezer commuted to UW–Madison to work on a master’s degree, though he did not finish the degree. The Keezers moved to Muskego, where both taught, and Keezer also wrote music for school bands.

In 1968, Keezer and Mary each secured a graduate assistantship at Eau Claire, and they moved back. After a year and a half, the percussion position opened in the music department, and Keezer was a logical choice for the job. He held the position for thirty-three years. Keezer was valuable to the jazz program for keeping well-trained drummers (including future pros Mark Pulice, who was Carmen McRae’s drummer for fifteen years; Randy Richter; and Larry Lelli) in the bands, as well as leading a jazz band for many years.

Keezer was on the faculty at Shell Lake Camp for many years and served an important role as an officer in the state chapter of the National Association for Jazz Educators (later IAJE) for another long tenure. Not least, Keezer and Mary raised their son, Geoff Keezer, who has become one of the top jazz pianists on today’s scene. 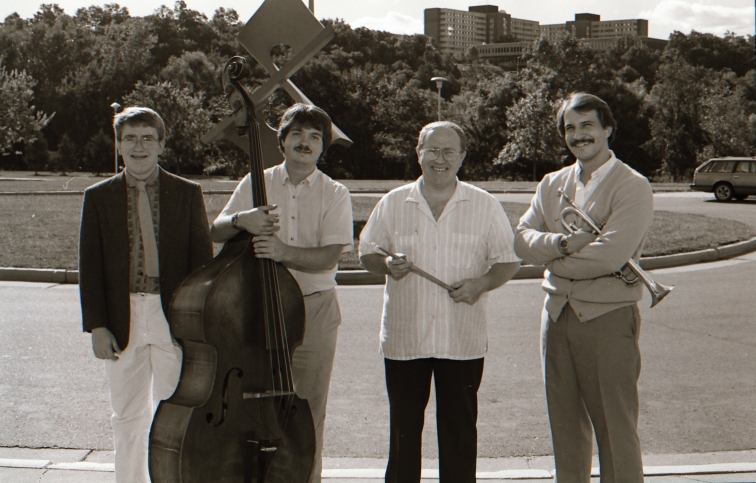 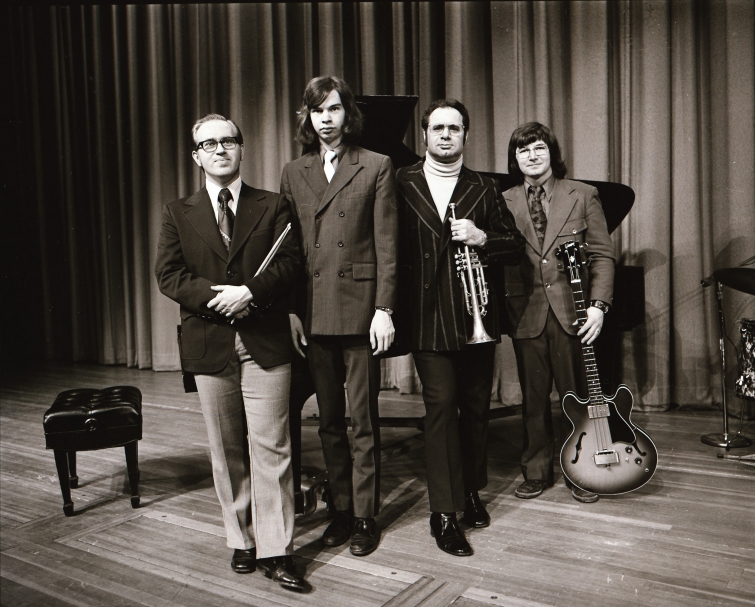